Pinkfong Classical Music is a show that features Pinkfong and violinist Danny Koo playing classical music together. It features classical pieces that are included in Pinkfong's songs.

Pinkfong with piano (As seen in the intro)

Pinkfong with drums (As seen in the intro)

Pinkfong and Danny with lion 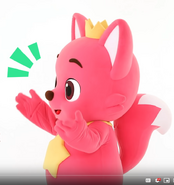 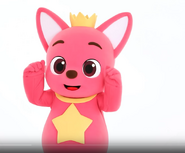 A cordon?
Add a photo to this gallery
Retrieved from "https://pinkfong.fandom.com/wiki/Pinkfong_Classical_Music?oldid=5699"
Community content is available under CC-BY-SA unless otherwise noted.